Pivot is a series by Augie Napoli, United Way of Greater Cleveland President and CEO. 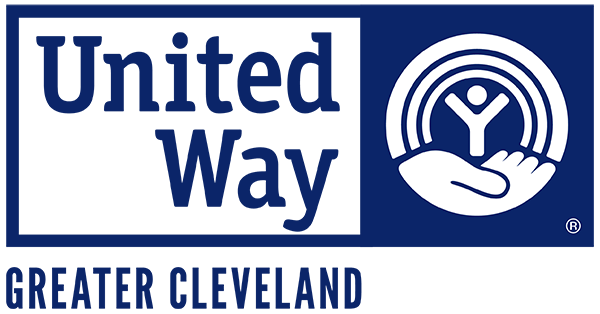 In the first issue of Pivot, I wrote about inclusive prosperity for all and the social and economic barriers that disproportionally affect people living in poverty and people of color, particularly African Americans. I never expected I would follow up that writing with one prompted by an event of such brutality, such magnitude and such importance that it instantly shifted the world’s attention from the COVID-19 pandemic to a pandemic of another kind … the pandemic of racism.

George Floyd’s murder outraged millions in our country and around the world. His name and those of countless other victims continue to echo across the country, and people and organizations are responding with rightful demands for change.

What so many do not grasp is that a number of systems, institutions and policies were created throughout the course of our nation’s history specifically to perpetuate the exclusion of entire groups of people, particularly African Americans.

From Jim Crow laws to segregation to redlining, these policies created the kind of racial segregation that continues to

dictate where people live, how they’re educated and their occupations, limiting opportunities for millions — with drastic effects for us all. Whether through deliberate intent, lack of understanding or continued indifference within our society, injustices have continued, with blame far too often cast on the individuals affected versus those institutions and practices responsible.

WITHOUT DRAMATIC CHANGE, THE INEQUITY OF INHERENT RACISM WILL CONTINUE TO HAVE DIRE CONSEQUENCES FOR AFRICAN AMERICANS AND ALL PEOPLE OF COLOR. THAT’S WHY WE ARE REDEFINING THE WAY WE THINK, ACT AND SPEAK ABOUT POVERTY AND RACISM.

By implementing new approaches, strengthening our voice and stepping up our strategic partnerships, we are working to create a community where opportunities to thrive exist for all and every person is treated with the utmost human dignity.

At United Way of Greater Cleveland, we are dedicated to fighting poverty on two

fronts — one that focuses on addressing the immediate, basic needs of those in poverty, and another that identifies long-term solutions to the root causes of poverty.

The first front includes the vital work United Way provides to those in need of essentials, including food, shelter and more through our Community Hub for Basic Needs and 2-1-1 HelpLink, our free, confidential and 24/7 referral service. Since the coronavirus crisis began, we have seen calls to 2-1-1 dramatically increase — at times doubling the usual call volume — as we connected more than 56,000 callers over the last four months with the resources they need to simply survive.

The second essential part of our work involves diving deep to create long-term solutions for those factors we know are responsible for creating poverty, including racism. We are shining a bright spotlight on systemic racism as a major driver of poverty since the two are inextricably linked and crosscut generations.

There is a cost to inaction, and there is a moral, social and economic price that we all pay when inequities exist.

The Toll On Our Children

It is a fact that health disparities disproportionately afflict people of color and those living in poverty and have for centuries as a result of systemic racism. This becomes even more evident in light of the COVID-19 pandemic as recent data from the Centers for Disease Control and Prevention shows Hispanic/Latino persons and African Americans, American Indian or Alaska Native persons have a rate of hospitalization respectively four and five times higher than that of non-Hispanic Whites.(1)

But long before anyone had ever heard of COVID-19, there were plenty of statistics and personal stories of health disparities among African Americans.

The toll that poverty and systemic racism takes on children in our community is the most disturbing of these statistics.

In Cuyahoga County, infant mortality is one of the highest in the nation. In 2018, the Infant Mortality Rate (IMR) for African Americans was 15.6, while the rate for white infants was 4.6 per every 1,000 births (2,3).

The Center for Community Solutions further highlights the wide disparities between Black infants and white infants when it comes to birth outcomes (see graphs to the right)(2) .

According to First Year Cleveland, in the city of Cleveland, the rate of deaths for Black infants in 2018 was even higher at 17.51. For every white infant who died before their first birthday, nearly six Black infants died, with extreme prematurity serving as the lead contributing factor (4).

In 2019, of the 13,937 infants born in Cuyahoga County, 120 did not make it to their first birthday. Seventy-three percent of these infants were African American from all socioeconomic levels (4).

Notably, data also points out that African American women at every socioeconomic level have higher rates of infant mortality than white women who have not completed high school (4).

This is unacceptable, and we continue to seek understanding about the root cause and drivers of this monumental disparity so we can find answers and create meaningful solutions.

There are wide disparities between black babies and white babies when it comes to birth outcomes in cuyahoga county.

Across all 88 counties in Ohio, Cuyahoga County had the highest percentage of children tested with Elevated Blood- Lead Levels (EBLLs) in 2014, at 10.22 percent (5).

Nearly half of the Ohio children with EBLLs in 2014 lived in Cuyahoga County. In three predominantly African American neighborhoods in the City of Cleveland, between 20 and 27 percent of children tested showed high EBBL rates. These same areas correlate to portions of Cleveland that were impacted by redlining policies implemented over 60 years ago and the disinvestment that has continued in these neighborhoods.

While it is encouraging that the percentage of tested children with EBLLs has declined since 2004 in both Cuyahoga County and Cleveland, according to Case Western Reserve University (CWRU) research conducted by the Center on Urban Poverty and Community Development, many Cleveland kindergartners at Cleveland Metropolitan School District (CMSD) screened had been exposed to lead (6). Twenty-five percent of kindergartners have tested above the public health standard for elevated levels of lead exposure at least once prior to age 6 (7). In some schools, more than one-third of kindergartners had been lead poisoned before starting their education.

A new study released by CWRU’s Center on Urban Poverty and Community Development further substantiates the long-term impact of lead poisoning on Cleveland’s children and the high costs of special education, incarceration, lost wages and homelessness on both the individuals impacted and the community at large. A study of 10,000 CMSD students over 20 years compared those who had blood tests that showed high levels of lead to a control group without. As children, those who had blood lead levels above 5 micrograms per deciliter, the federal public health threshold for concern, were found to be:

The study emphasized that the high cost to society of lead poisoning most profoundly affects Black children living in disinvested neighborhoods. (8)

Eliminating lead poisoning from homes and early detection of EBLLs is essential to ensure Cleveland’s children do not suffer from the irreversible effects of brain and nervous-system damage that include lifelong behavioral and learning difficulties.

To address the issue head on, last January dozens of partners, including United Way of Greater Cleveland,

officially came together to form the Lead Safe Cleveland Coalition, an inclusive public-private collaborative founded to address lead poisoning through a comprehensive, preventive and long-term approach.

With the City of Cleveland’s passage of the Lead Safe legislation last July, landlords are required to follow new regulations to prove that homes are lead safe every two years, beginning March 2021. Through similar efforts at the state level, Ohio is working to alleviate the detrimental effects of lead exposure and poisoning.

Increased funding for lead screening and remediation efforts are absolutely critical to have a significant and lasting effect on children who remain the most vulnerable within our community.

To date, the Lead Safe Cleveland Coalition has raised $18.1 million for a Lead Safe Home Fund to help remove toxic hazards from homes and open a resource center in support of families, landlords and remediation workers.

The work being done and funds being raised are promising but these two examples alone — and others far too many to count — illustrate how systemic racism and outdated, racist policies continue to permeate every part of our society, including affecting the health outcomes of people of color and impeding their promise and ability to live a life full of opportunity.

Giving Voice To Poverty And Racism

One of our most important roles at United Way is to give voice and lend aid to those who live in poverty and experience racism by participating in and leading change everywhere we see opportunity for immediate and long- term impact. It is our responsibility to speak up and stand up.

A huge first step in standing up for our neighbors happened on June 3 when the Cleveland City Council unanimously voted to declare racism a public health crisis. Cleveland became one of the first cities in the nation to make this proclamation.

Six partner organizations, including United Way, collaborated with the Cleveland City Council for more than a year to advance this declaration:

But a declaration demands responsibility, action and accountability. Working alongside our partners in the public, private and philanthropic sectors, we are developing a comprehensive action plan that focuses on vital public policy priorities. Some of the important initiatives we have identified include but are not limited to:

We know the needs within our community are great and progress will not happen overnight. To create a truly just system and society, it will take time and the type of collaboration that builds shared commitment and trust within and between the public and private sectors.

We will continue to advocate, convene and partner to create necessary solutions to help solve our city’s problems and create a united Cleveland – one where every person has an equal opportunity to prosper.

“In The End, We Will Remember Not The Words Of Our Enemies, But The Silence Of Our Friends.”

We at United Way of Greater Cleveland will not be silent as we work across every sector of our community to make necessary change a reality for all Clevelanders. As a single voice and in collaboration with our partners, we will continue to act boldly and unapologetically in support of our neighbors who have endured oppression in its many forms for far too long.