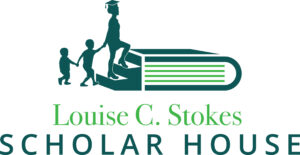 Cleveland, June. 15, 2022 – CHN Housing Partners (CHN) and United Way of Greater Cleveland (UWGC) announced today that Cleveland Scholar House, a 40-unit service-enriched apartment building for single parents who are college students, will be named after Louise C. Stokes, mother of the late Cleveland Mayor Carl Stokes and the late Ohio Congressman Louis Stokes. The announcement was made at the development’s groundbreaking ceremony today attended by partners, funders, elected officials and members of the Stokes family.

“Louise’s impact on her family, this community and our nation was a result of back-breaking work that gave her children the opportunity to become educated and serve,” they said in a joint statement. “Louise would be so proud today as this community comes together to support single parents who are working hard to earn a college degree and make a future for themselves and their children.”-

The Louise C. Stokes Scholar House will remove barriers to economic opportunity by providing affordable housing and wrap-around services for single adult college students and their children to support educational success. The first of its kind in the Cleveland area, the successful Scholar House model was pioneered in Kentucky.

“We are thrilled that this new facility will bear the name of Mrs. Stokes,” said Kevin J. Nowak, executive director of CHN. “The Louise C. Stokes Scholar House will stand as a testament to her unwavering support of her children and the importance she placed on education. We at CHN believe that stable, affordable housing unlocks the keys to success for both parents and their children.”

CHN Housing Partners is developing the project and will own and manage the property. United Way of Greater Cleveland convened community partners and rallied support for the project.

“Fifty percent of Cleveland’s children live in poverty, and less than 8% of single mothers who live in poverty complete their post-secondary education, but we refuse to let poverty define our city,” said Augie Napoli, president and CEO of UWGC. “The Louise C. Stokes Scholar House’s two-generation approach is designed to end poverty’s stranglehold on the lives of the parents and children who enter its doors, and we’re delighted it is named after such an inspiring Cleveland figure.”

The City of Cleveland committed $1.2 million in funding for project construction.

“The Louise C. Stokes Scholar House is precisely the type of development we need in our city to break the cycle of poverty and plant seeds for a brighter future for Cleveland,” said Cleveland Mayor Justin Bibb who spoke at the event.

Cleveland Ward 5 Councilman Richard Starr, who also spoke at the event, said, “This is a wonderful opportunity to address systemic problems in Ward 5, such as affordable housing and quality education. Scholar House will offer stable housing from CHN Housing Partners, rental support through CMHA, high-quality childcare from Step Forward, and academic support from CSU and Tri-C while also receiving wraparound service from agencies such as CHN and United Way. The slogan ‘it will take a village to save our community’ is well on display through the Scholar House initiative.”

The Louise C. Stokes Scholar House Partners will offer the following for students and their children:

The development is located at 2551 Community College Avenue, within walking distance of both Tri-C® and CSU. The project is funded by a Low Income Housing Tax Credit (LIHTC) award from the Ohio Housing Finance Agency. Other funders include the City of Cleveland, The William J. and Dorothy K. O’Neill Foundation and RSM US Foundation. Enterprise Community Investment, Inc. is the equity investor and Citizens Bank is the construction lender. Hiti, DiFrancesco + Siebold designed the building and Regency Construction Services, Inc. is the general contractor.

Founded in 1981, CHN Housing Partners is a large-scale affordable housing developer, housing service provider and residential lender that works with its partners to solve major housing challenges for low-income people and underserved communities in Ohio, Michigan, Pennsylvania and New York. CHN partners with utility companies, financial institutions and public agencies to manage and deliver large-scale housing resources. CHN also partners with people—low-income individuals, families, seniors, the disabled and the homeless—to improve their housing stability. CHN’s impact in Cleveland includes 2,700 new homeowners, the housing stability services it provides annually to more than 50,000 individuals, and the development of 7,000 new homes. CHN is a chartered member of the NeighborWorks America network. http://www.chnhousingpartners.org

ABOUT UNITED WAY OF GREATER CLEVELAND
Founded in 1900, United Way of Greater Cleveland is a local, independent nonprofit organization dedicated to fighting poverty across the Greater Cleveland area. The largest private-sector funder of health and human services in Northeast Ohio, United Way invests in efforts that address poverty using a two-pronged approach. The first prong focuses on the daily issues affecting those living in poverty, the Community Hub for Basic Needs. The second drives research and innovation through the Impact Institute, a think tank with an action plan, focused on identifying long-term solutions to break the cycle of poverty. For more information, visit unitedwaycleveland.org and twitter.com/UnitedWayCLE.

Take action in public policies so you can make a difference in the lives of others.

Quality preschool sets a child up for a lifetime of success. Thanks to supporters like you, United Way services provided 4,330 children with high-quality preschool. Please donate today in support of future generations: http://bit.ly/DonateUWGC