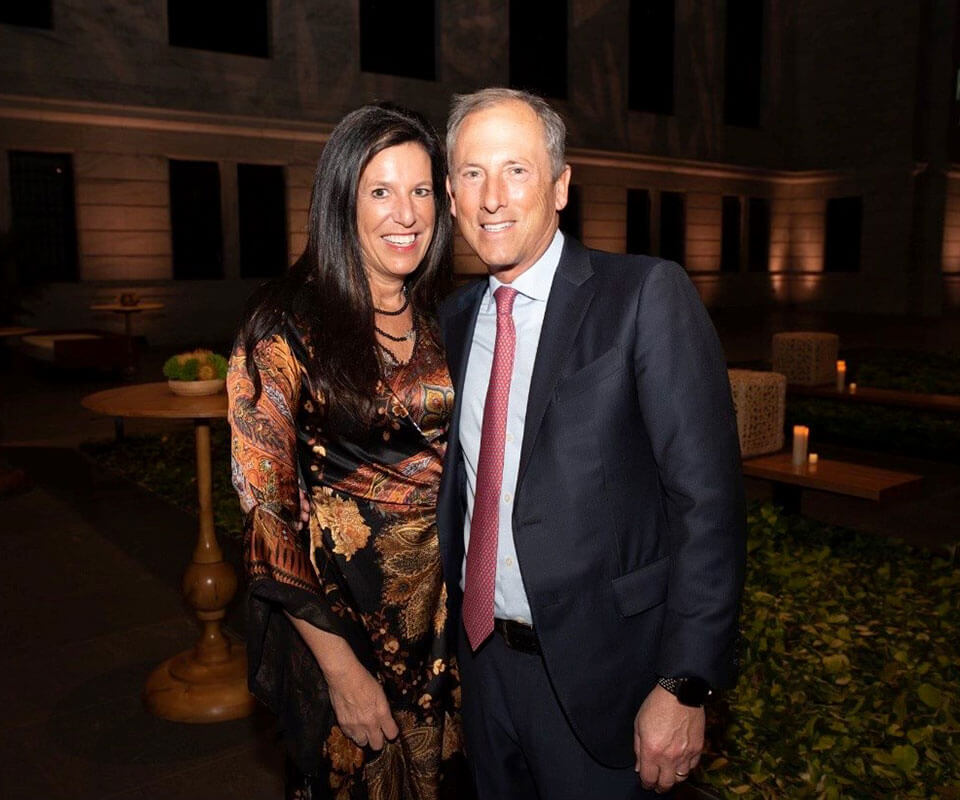 David Heller grew up in a household where philanthropy was incredibly important. Heller recalls, “I would watch my father come home for dinner, then head back out to volunteer in the evenings. It’s just how I grew up.”

Heller carried these lessons into adulthood and sought his own volunteer opportunities shortly after getting acclimated to his first job after college. He showed up to his local Jewish Federation with a simple question, “What’s my job?” They put him on a phone bank for a dial-a-thon. At the end of the night, he asked what time they wanted him back the next day. He remembers the surprised reaction he got, but, for Heller, it was an earnest assumption.

Not only was philanthropy a driving force in Heller’s personal life, but the desire to give back is what led him to enter the housing industry. “Through affordable housing you have the ability to repair the world,” he says. “I believe it’s everyone’s responsibility to do that. You can’t complete the work, but you can’t desist from trying.”

Indeed, Heller’s wife, Becky Heller – a healthcare consultant and philanthropist in her own right who has helped instill a cause-mindset in their four children – recalls Heller coming home one day and saying, “The time is now. This is how I want to connect.” Becky advised him to start looking for that connection in their shared hometown of Cleveland. That was 28 years ago.

Today, Heller is the founder and CEO of NRP Group, a national community development company headquartered in Cleveland, building high-quality houses that people, regardless of income, can be proud to call home. His philanthropic spirit deeply informs the foundation of NRP’s work and culture. His sense of collective responsibility was what first attracted him to United Way of Greater Cleveland.

Heller had been a workplace donor to United Way at a previous job. But it was when he was awarded Spotlight Volunteer of the Year and later invited to serve on the Board of Directors that his connection to United Way’s approach to funding was solidified.

“The passion, and what I try to instill in my family and workplace, is the concept of federated giving,” Heller says. “We choose to give to United Way specifically because it is federated. I know our egos would like to make us think we know where those needs are, where the money should be spent. But United Way has an incredible team of people looking at the needs of the whole community. They are the experts.”

He’s enthusiastic about federated giving, in part, because he has seen how the opposite has previously played out in his hometown.
“In Cleveland, we were raising a lot of money, but the problems weren’t going away,” Heller says. In prior years, funds were going to the symptoms of poverty to address issues like hunger and emergency shelter. Recognizing this, United Way made a strategic shift to start addressing poverty’s root causes, alongside its symptoms.

“The ability of the United Way team to articulate the diverse needs in Cleveland – whether it’s quality healthcare, wages, early childhood education, abuse, racism – and how to best direct the funds…that really spoke to us. That’s when our gift went to another level.”

David and Becky Heller are Philanthropist Society and Legacy Circle members. David’s company, NRP Group, also raised $38,000 in support of United Way of Greater Cleveland during this year’s campaign. In doing so, the company marked its sixteenth year of 100 percent employee participation in their Cleveland workplace giving campaign.

In addition to a culture of giving, Heller also notes that philanthropy includes a culture of learning. The events of the last two years have made that especially clear. As an affordable housing company, he and his team were tangibly connected with some of the most vulnerable people in the Covid-19 pandemic. His team took on the role of storytellers, lifting the voices of their communities in a way that didn’t focus on the business, but on the experience.

“Leaders step up,” he says. “Leaders show up. And when you’re in the midst of a crisis, you have to rely on your leaders to articulate why it’s important to be involved in the community and give back. It’s also what we are doing in Cleveland around systemic issues like the cycle of poverty and racism.”

Heller recognizes that we did not create the systemic problems our community is currently facing. We may have inherited them, but that does not absolve us of the responsibility to address them. As he says, the time is now.

“It’s a new day in Cleveland, and we are excited to be a part of that.”

The ability of the United Way team to articulate the diverse needs in Cleveland – whether it’s quality healthcare, wages, early childhood education, abuse, racism – and how to best direct the funds…that really spoke to us. That’s when our gift went to another level.”

Take action in public policies so you can make a difference in the lives of others.

Last night @medmutual & @Smart_Business hosted the Pillar Awards. Congratulations Pat Pastore, Regional President-Cleveland @PNCBank, who received the Nonprofit Board Executive of the Year Award. Pat has been an invaluable member of @UnitedWayCLE's volunteer family for 20+ years!